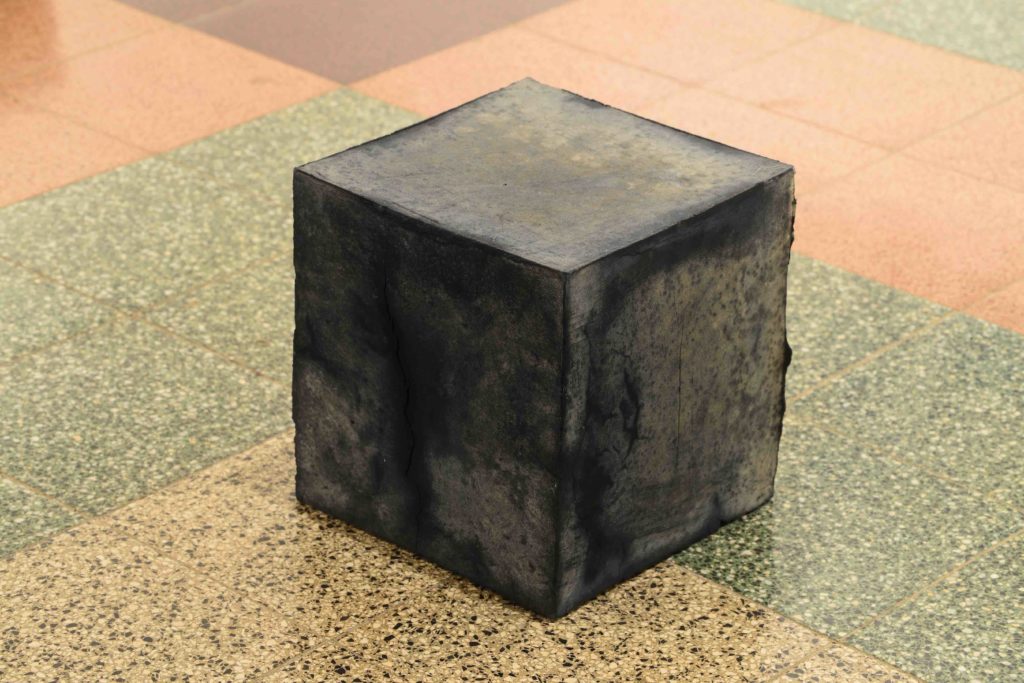 Dutch artist Vincent Vulsma has a fascination for systems of global trade, its logistic infrastructures and the impact of circulation on processes of labour and production. Presenting historical shipping data and (archival) research as a form of minimalism that resonates with the formalist traditions of modernist abstraction, Vulsma aims to critically reflect the broader culture of abstraction as it developed since the early modern period in the Netherlands and beyond. Vulsma’s work on display in ‘Mindful Circulations’ is emblematic of the artist’s addressing of the conditions of production of his own artistic output; tracking his own system of distribution and engaging with workers, artisans and middlemen across different cultures and socioeconomic backgrounds through the (global) production processes that are employed for the materialization of the work.

In 2016, Vulsma started studying the early modern logistical systems of European shipping companies, transporting commodities and human cargo between Asia, Europe, the Caribbean, and West Africa. Out of this research grew a particular interest in the role of natural indigo and Indian textiles in these global networks of trade. As a starting point for the work presented in ‘Mindful Circulations’ Vulsma singled out the ship’s logs and cargo lists of the Vrouw Johanna Cores, an eighteenth century ship from the fleet of the Dutch Middelburgse Commercie Compagnie (MCC), specializing in the transatlantic slave trade. The Vrouw Johanna Cores made repeated triangular voyages, profiting from the strategic exchange of goods and people between the Netherlands, West Africa and the Americas. The meticulous bookkeeping indicates for instance the daily navigation coordinates of the ship, the vast variations of Indian cottons destined for the coast of West Africa and detailed information on the volume of indigo loaded as return cargo back home from the Caribbean. In contrast, the people that were enslaved and transported over the so-called middle passage remain anonymous, registered as equivalents to goods and merely reduced to numbers.

During the eighteenth century Pondicherry was one of the centers on the Coromandel coast where so-called ‘Guinea Cloth’ was produced: a type of plain indigo-dyed fabric produced for the West African market and exported by for example the Dutch East India Company (VOC) as a key commodity to be bartered in the transatlantic slave trade.

The fabric support of the work Voyage #3 (1756-1757) consists of hand-spun cotton, hand-woven and dyed with natural indigo by local artisans in Pondicherry. Based on the log of the third triangular voyage of the Vrouw Johanna Cores, a laser cutter was used to burn most of the indigo out of the fabric, exposing the daily positions of the ship.

The installation of five sculptures presented on the gallery floor is part of the artist’s ongoing series Return. The volumes are made of natural indigo dye that was manually processed in revived indigo vats in Tamil Nadu. In Mumbai Vulsma worked together with local artists to compress the raw material into solid cubes using an age-old technique. This solid form was traditionally used to make the indigo suitable for storage and transport.

Each subsequent sculpture represents one of the two hundred and two daily coordinates of the Vrouw Johanna Cores as recorded in the ship’s log during her fourth voyage. Following presentations of Return in art space HMK in Hoorn and the Textielmuseum in Tilburg, the Netherlands, this is the third iteration of the project, presenting sculptures number eleven to fifteen in the series. 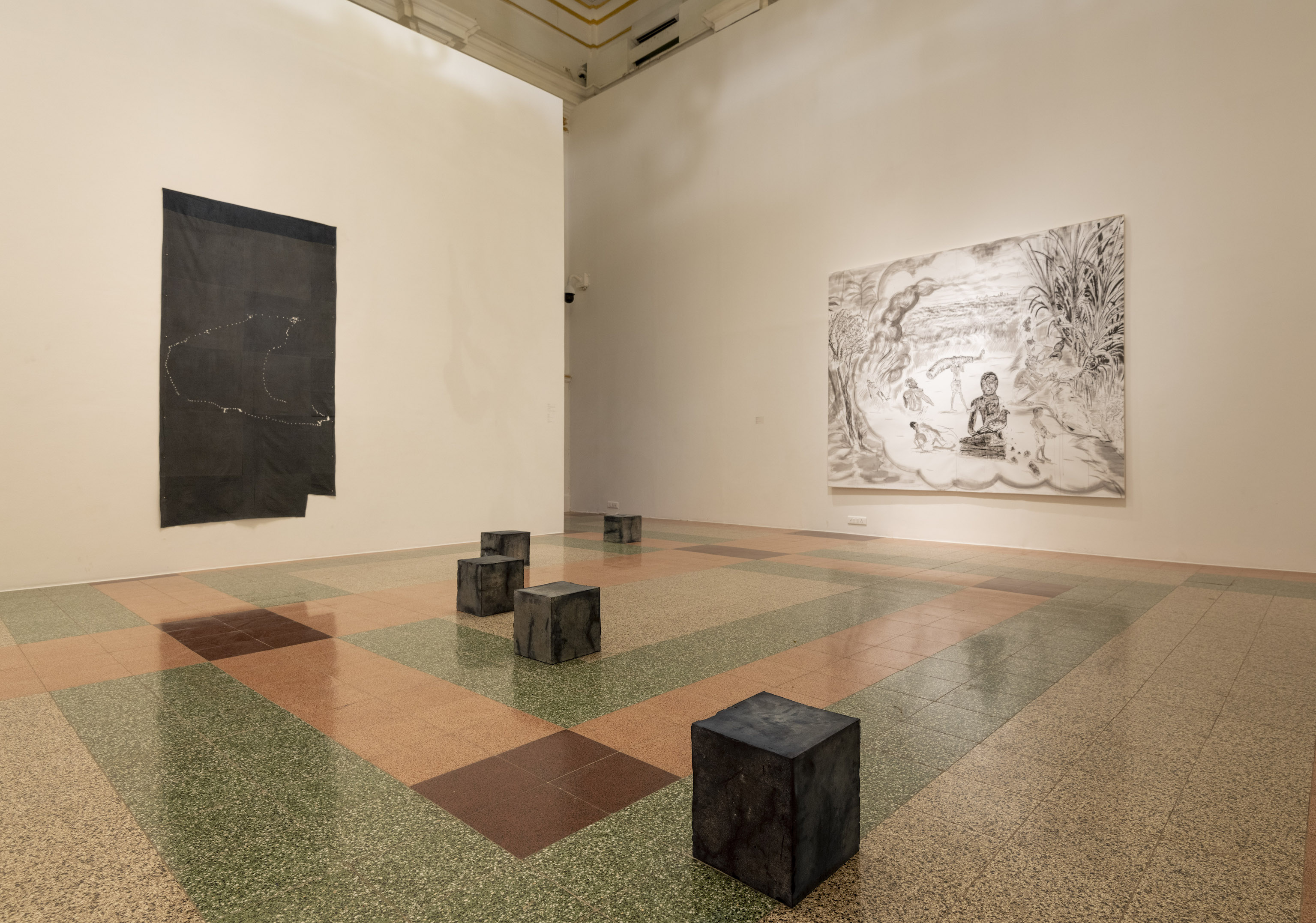 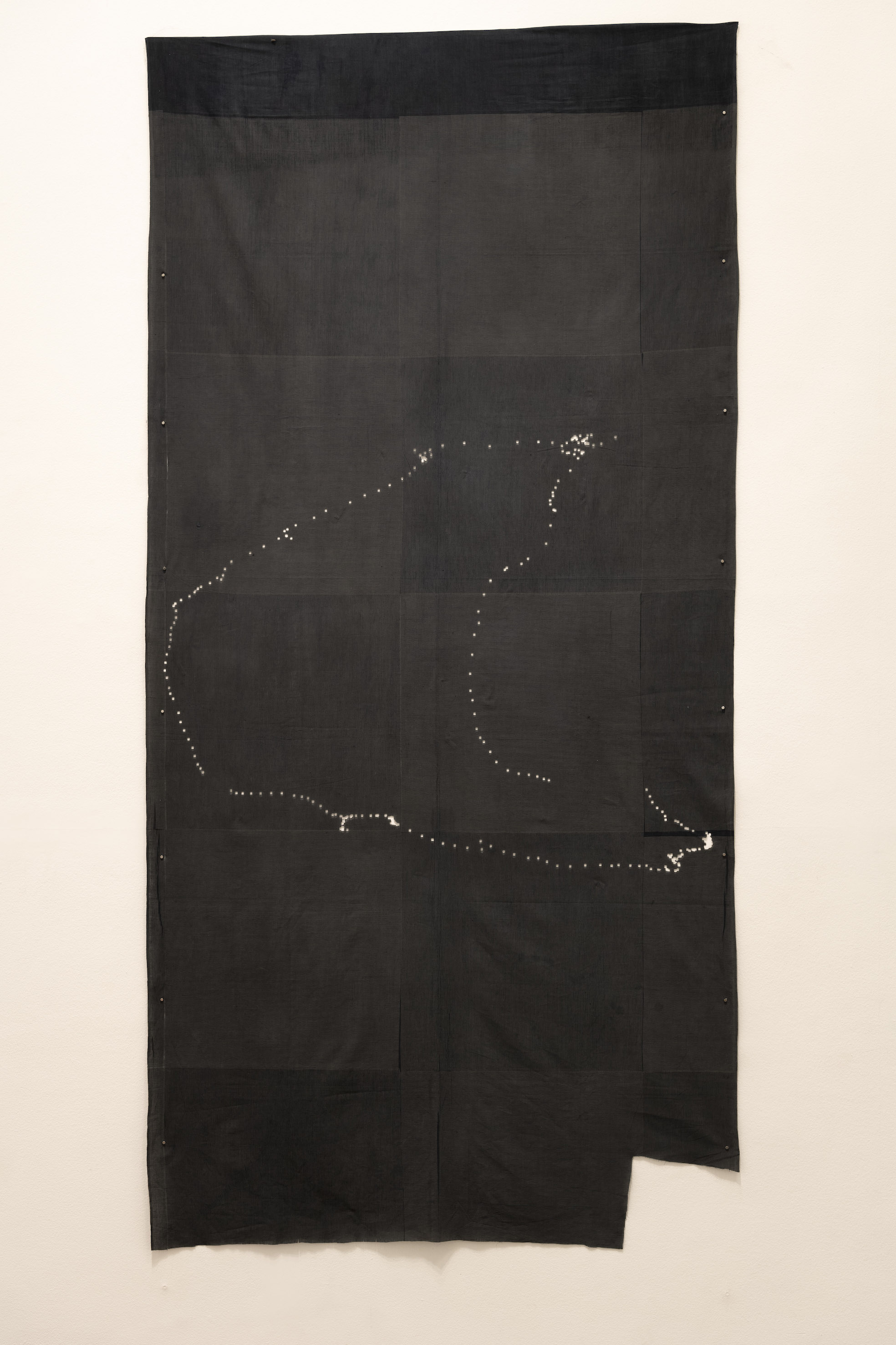 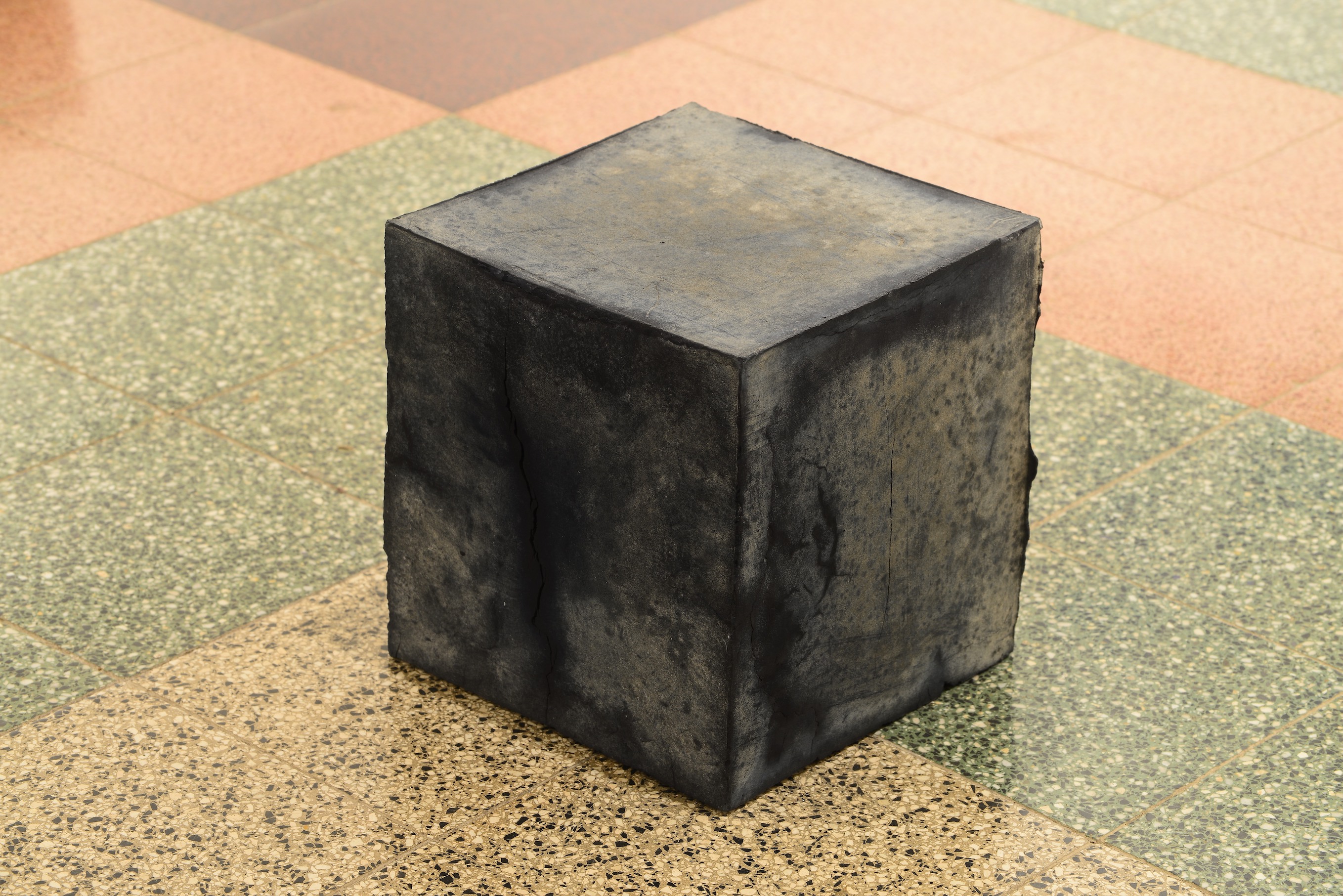 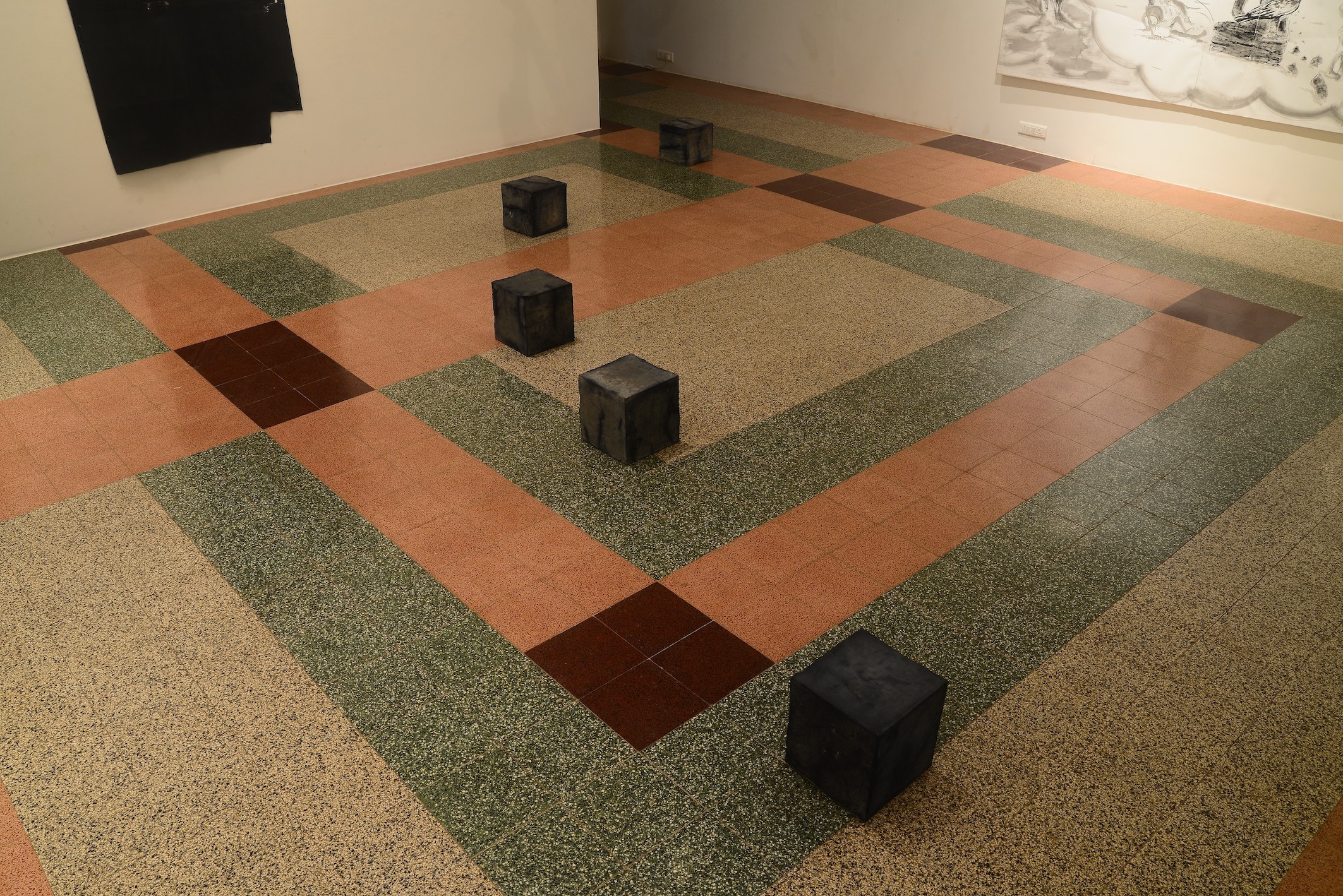