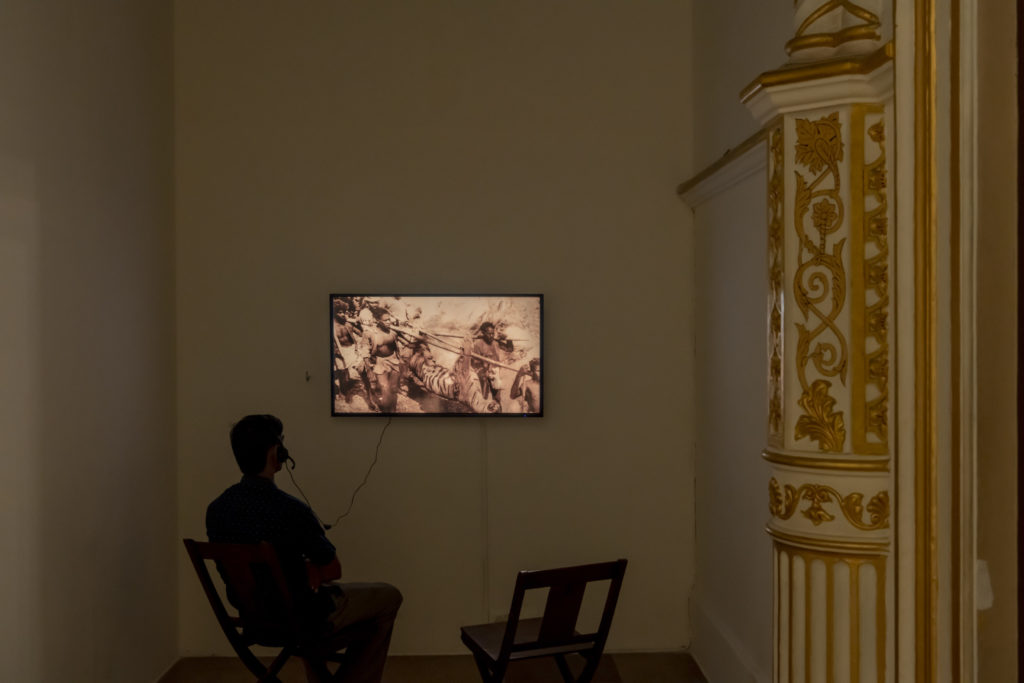 One premise of ‘Mindful Circulations’ is to understand the museum as a site of knowledge production that affects how societies develop. The idea of the museum as a scientific institution through which knowledge is shared to enlighten the public dates to the eighteenth century. Since then, the notion of knowledge itself has widely been questioned and its ideological neutrality has been persuasively doubted. Pallavi Paul’s video Shabdkosh/ A Dictionary invites viewers to reflect on the construction of knowledge by means of poetry and storytelling about phenomena from the past through archival film fragments in combination with the artist’s own recordings of the late Indian poet and cultural activist Vidrohi (1957–2015).

Vidrohi lived the life of a vagabond on the Jawaharlal Nehru University campus in Delhi for three decades, participating in student protests and reciting revolutionary poetry. Filming obsessively for weeks on end, Paul captured images and sound recordings of Vidrohi and his performances shortly before he died, elements that she then combined with footage found online or in film and photography archives. She combines her footage with fragments of former Chilean president Salvador Allende’s famous last speech, delivered right before he shot himself during the 1973 Chilean coup d’état. References to other poets are also abundant in this work, such as a fictional exchange of letters between Federico García Lorca and Jack Spicer. The film, as a result, is a poetic montage of written texts and images accompanied by the spoken word, music and silence. 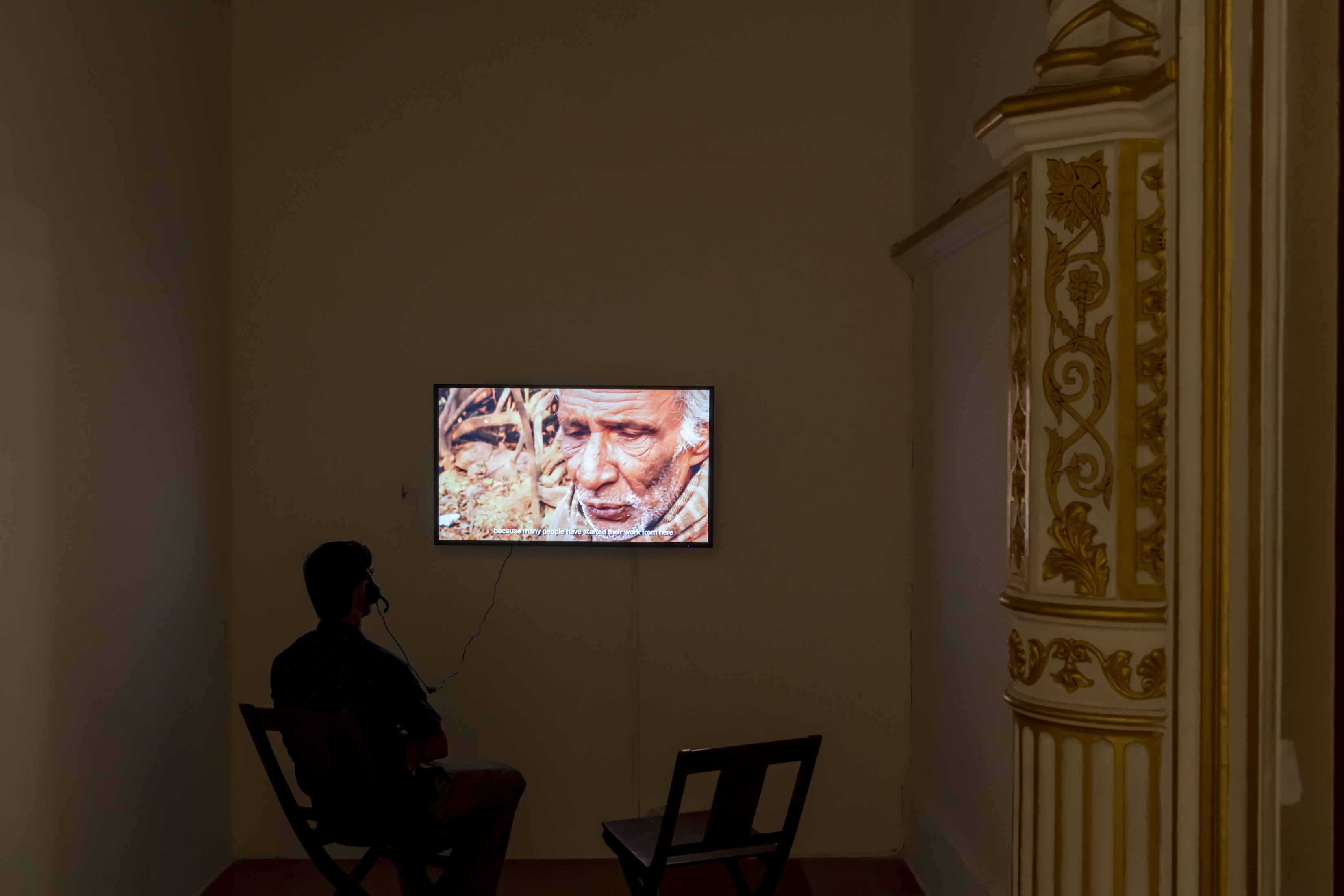 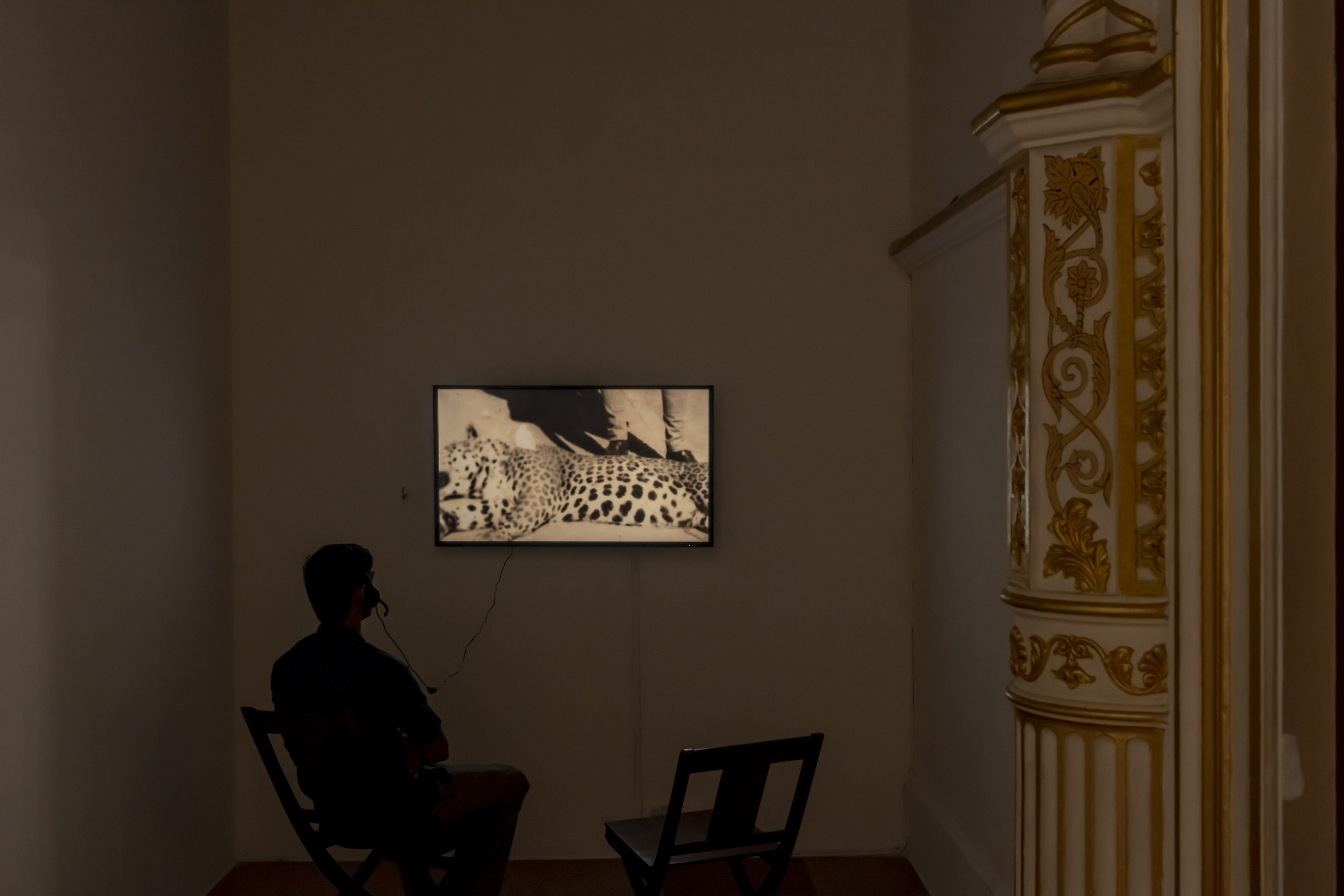